Ready to Bring the Pain?

I think we’ve all been there, as knitters. Sometimes, you just want to grind away on a project that causes hair pulling, cursing, and periodic bouts of weeping. It may not sound like fun, but having an enviable FO is worth it, right?

That’s where these totally tough knitting patterns come in. They’re difficult in various ways, whether due to intricate lace, persnickety color placement, or cables that require unswerving attention. Some even mix multiple agonizing techniques — you know, for the truly masochistic.

But notice I said they’re difficult, not impossible. Sure, you may have to step back and take a breather now and then, but at the end of the day, it’s all just knits and purls. Grab a pair of needles and let the torture commence.

I started Sam the Ram in 2011…and finished in 2018. To be fair, he was in storage for quite a long time while I was traveling, but I’d be lying if I said some of the foot-dragging wasn’t from the intricacy of the pattern. You’ll need to be good at shaping through short rows, reading multiple cable charts at once, working with i-cord, and using finishing techniques.

Do you enjoy lace? Do you enjoy it enough to work over 6,000 yards of thread-weight yarn on size US 0 (2.0mm) needles? And then block the thing? Me neither! Kidding! The outcome is well worth the hassle, as this cobwebby shawl is delicate, eye-catching, and a shoo-in for a prize at your local fair.

What do you get when you combine a traditional aran sweater with colorwork? Other than indigestion, I mean. If you can read Japanese, or are really good with Google Translate and charts, then you’ll get a textured, colorful cardigan like no other, courtesy of designer Keiko Okamoto. And if you want to play on super-hard-mode, you might try knitting it in the round and steeking, instead of working flat as written.

These socks require your full attention from the get-go, starting as they do with a five-color, scalloped cast on (!), then carrying on in stranded garter stitch, aka garter jacquard. They were the final pattern in Sock Madness 7, and it’s pretty easy to see why. Bold colors really make the pattern pop, though, so the final outcome is worth it.

Confession: I have been intending to knit Bex for years, but something is never quite right. My good sock needles are full, or I don’t like the yarn I have on hand, or I have too many WIPs…something. There are many charts to follow here, but if you’re already familiar with Cookie A’s patterns, you know that they’re well written. This particular pattern is taken from Sock Innovation, which is well worth its price if you enjoy sock knitting.

Kaffe Fassett‘s Foolish Virgins scarf vibrates with color, just as you’d expect from any piece created by the king of colorwork. It’s charted intarsia that requires 23 colors, so not only does it require good bobbin management, but it’s also something of an investment — unless you’ve got a lot of scraps lying around.

Exquisite Mystery plays with an idea that isn’t expanded on too often: collaboration between multiple designers resulting in one finished object. It began as a mystery knitalong, but it’s now available for purchase in full PDF form. Sadly, it doesn’t seem to have become too popular as of yet; perhaps that’s due to the huge number of stitches you’ll end up with as well as the brioche (which is nowhere near as tough as it looks).

If you’re ready to sit down with one of these patterns, I applaud your fortitude and skill. And if you don’t feel quiiiiiiite ready yet, remember: It’s just yarn. The absolute worst thing that can happen? You rip it out and start over again. If that fails, the yarn will still work just fine for another project. So, go on — you’ve got nothing to lose. 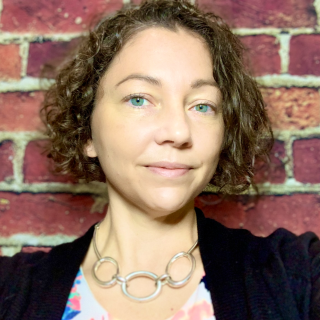 knowledgeofwater.net is a participant in the Amazon Services LLC Associates Program, an affiliate advertising program designed to provide a means for sites to earn advertising fees by advertising and linking to Amazon.com.

Some non-Amazon links may also be affiliate links; if you use them to make a purchase, I may earn a small commission. This does not result in any extra cost to you, and helps me offer my patterns for low or no cost. Thank you.